in Valpellice, Piemonte
Home The Valley Not to be missed Festa della Libertà – Freedom Day

On February 16 and 17, the feast of the Waldensian churches linked to the commemoration of the recognition of civil rights in 1848 for Jews and Waldensians, is a civil event and a pretext to reflect on all the freedoms that are still not recognized in the world today. 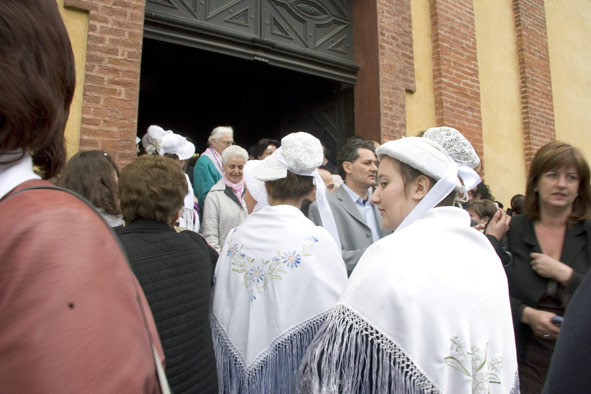 On the evening of February 16, very suggestive and participatory bonfires are lit for the occasion – both in Val Pellice and in the nearby Val Germanasca, which for more than 150 years have intended to express joy and gratitude for the freedom obtained. Alongside, and in the days immediately preceding and following, concerts, debates and meeting occasions on the theme of freedom are often organized. Every year publications of a popular nature are produced by the Waldensian Churches and by the Federation of Evangelical Churches in Italy which is based in Rome.

On the evening of February 17, the amateur theater groups of the Waldensian churches present their shows: dialectal works, inspired by classics, or unpublished. 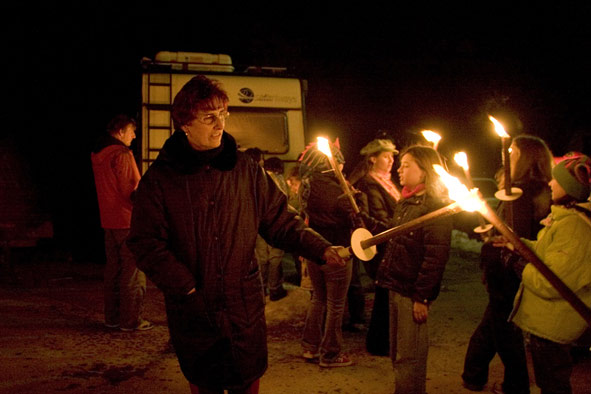 Since 1848 the Waldensians have celebrated February 17 in memory of the recognition of their civil rights by the King of Sardinia, Carlo Alberto. It is a festival felt with particular solemnity in the Waldensian Valleys of Piedmont, where on February 17 it took on the character of a civil and religious festival: on the one hand the processions with brass bands and nocturnal bonfires – in memory of how, from valley to valley, the news of the liberties granted spread – on the other hand the cults celebrated in the various temples.

The “Licenses of Grace” signed by King Carlo Alberto on February 17, 1848 (and published the following February 25) granted the Waldensians of Piedmont civil and political rights, but not full religious freedom. In fact, the provision reads: “Waldensians are allowed to enjoy all the civil and political rights of our subjects, to attend schools inside and outside universities, and to obtain academic degrees. However, nothing has been innovated as regards the exercise of their worship and the schools they run “. Despite the limitations of this wording, the “patent letters” nevertheless put an end to a condition of civil inferiority that lasted for centuries: until February 1848, the Waldensians were forbidden to attend public schools and the exercise of professions was prohibited (unless that of notary and doctor, for the exclusive benefit of their co-religionists); outside the “alpine ghetto” of their valleys, they could not even own real estate. Furthermore, the municipal administrations had to be composed mostly of Catholics, even in the almost totally Waldensian municipalities. As regards the exercise of worship, this continued to be allowed only in a certain number of authorized temples, located in the highest locations, with absolute prohibition of religious activities outside those places.

Several Piedmontese liberals fought in favor of equal civil rights for the Waldensians: this is demonstrated by a petition whose first signatory was Roberto d’Azeglio; followed, among others, by Camillo Cavour and 75 Catholic clergymen. On March 29 of the same year a similar emancipation measure was adopted against the Jews, while in the following years the conditions for true freedom matured – not without hard battles which, for example, involved the construction of religious buildings in Turin and Genoa. Instead, the legislative developments for the two confessions were different: the juridical regime of the Jewish communities was established by a specific law (the so-called “Rattazzi law” of 1857). The Waldensians, on the other hand, refused the enactment of a special law with a famous declaration of 1848, in which the Waldensian Table (highest executive body) stated among other things that “the Waldensian Church, being such by virtue of its rule of faith and of its constitution, it must be administered in an absolutely independent way according to its principles, within the limits of common law; any impediment and reduction placed by the State on its activity and on the development of its internal life would distort its character as a church and would constitute an attempt to destroy it ”.

No special law on the Waldensians was approved and the system of “common law” remained in force until 1929, thus offering all the other evangelical confessions that appeared in united Italy a framework of religious freedom. The feast of February 17 – today celebrated by all Protestants in our country – therefore has a double meaning: it is the feast of civil rights granted to a minority, and is at the same time the memory of a provision which, in itself limited, way to religious freedom throughout Italy: a feast that has become a more far-reaching celebration due to its general meanings.