WHERE WE ARE
VAL PELLICE

From the glaciers of Mont Blanc to the sun of the Côte d’Azur there are only 250 km: Val Pellice is located exactly halfway, in the stretch of Alpi Cozie that goes from Monviso to Sestriere, south-west of Turin, from which it is about 50 km away.

THE SHORTEST ROAD FROM THE CITY TO THE MOUNTAINS.

Val Pellice is perhaps the shortest in the entire Alpine arc: as the crow flies, there are just 20km from its culminating point (Mount Granero 3171m), to its outlet (on the plain just downstream from Luserna).
It is a true concentration of all environments: from hillside orchards to high mountain rocks.
From Turin, after less than 50 km of plain, Val Pellice opens up showing all its highest mountains.
The beautiful triangle of Frioland (2720m), the rounded Meidassa (3107m), from which the rocky Granero (3171m) stands out, delimit it to the south from the Val Po, over which the Monviso (3841m) looms. The detrital head of Palavas (2929m) and the bold rocky spire of Bucìe (3000m) mark the border with the French Queyras Park to the west. The grassy ridge of Roux (2832m), with the elegant pyramid of Cournour on the left (2868m) unite it to Val Germanasca, Prali and the Thirteen Lakes.

WHERE VAL PELLICE IS AND HOW TO REACH IT 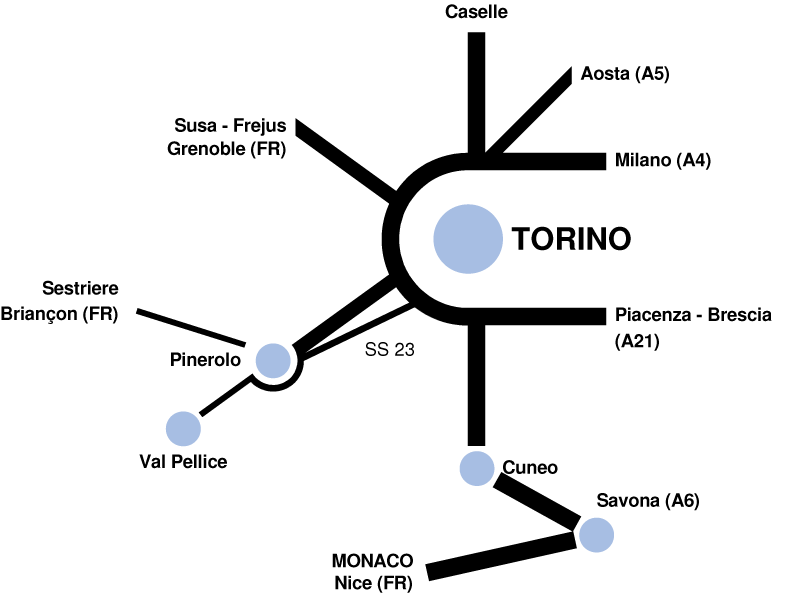